How To Buy Co-Ops and Condos on Long Island - Vineyards BF
OVER 90% SOLD OUT! 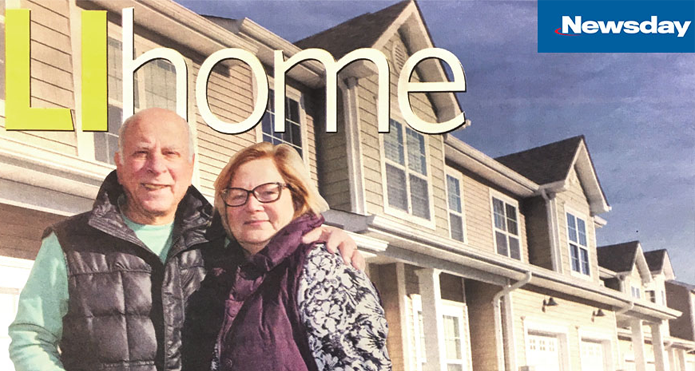 How To Buy Co-Ops and Condos on Long Island

The single-family home has long reigned on Long Island. But buyers increasingly seek condos, co-ops, and townhouses, thanks to the ease of upkeep, a sense of community, and price options from budget to luxury. In addition, as part of the 2017 federal tax reform measure, property tax deductions stop at $10,000.

Owners of co-ops, townhouses, and condos on Long Island may have an advantage under the measure, as their taxes typically are lower than those of single-family homes. Here’s what to know when considering purchasing one of these units.

Type of Property (Townhouses, Co-Ops, and Condos on Long Island)

In a condominium community, buyers own the inside of their units. But they don’t own the outside or the land it’s on. Instead, they jointly own common areas such as parking and walkways. Natalie Pearlman, 72, says she thought she’d never give up her Colonial and expansive property in Setauket, but her husband, Jerry, 74, talked her into it.

They’ve been happily settled into a two-bedroom condo at the Vineyards at Blue Point since May 2018. “I don’t have property, but the actual size of the condo is large, and it’s very comfortable, and the community living is very nice,” says Pearlman, a retired teacher.

In co-ops, residents have a lease or contract that allows them to live in the units and use common areas. In addition, residents collectively hold interest or shares in the nonprofit corporation that owns the building, which gives them a voice in who can live in the building and how it’s run.

Townhouse residents own their entire units, inside and out, including the roof and exterior walls and the land. Townhouses are often larger than condos or co-ops and usually share walls with their neighbors. As with condos, common areas are jointly owned. Condos and co-ops are often in buildings with several units but may also be free-standing.

Each type of unit has its own financial considerations. However, co-op purchases are often the most difficult, says Warren Goldberg, President of Mortgage Wealth Advisors in Plainview.

“Once they approve the borrower for their mortgage, the borrower still must undergo what is often an even more invasive ‘underwriting’ by the co-op board itself,” Goldberg says. “More applications, supporting documentation, and then an interview to ensure the board feels these applicants are worthy of becoming their neighbors.”

Bank financing for a condo is often easier to obtain than for a co-op because if an owner defaults, it’s easier for banks to sell the condo. As for townhouses, people often think of them as attached single-family homes, Goldberg says.

Potential buyers of any type of unit must check monthly fees and what they cover. According to the National Association of Realtors, condo owners pay their mortgages and property taxes.

At the same time, fees usually cover interior and exterior maintenance, security such as cameras, insurance, and a reserve fund for major repairs such as roofing. The fee may also cover some utilities.

Co-op owners usually are on the hook for part of the cost of operating and maintaining the cooperative, often called a monthly maintenance fee. According to the National Association of Housing Cooperatives, the fee can include blanket mortgage payments, property taxes, management fees, maintenance costs, insurance premiums, utilities, and contributions to reserve funds.

For example, the monthly maintenance fee of $725 for a co-op for sale in Great Neck covers heat, water, and taxes. The fees for townhouses often are lower, but homeowners make many of their repairs and upgrades. Therefore, fees usually cover some maintenance as well as trash removal.

Co-ops often cost less to buy than condos on Long Island. Also, residents tend to stay there longer, and subletting is often not allowed. “They are most often less expensive than these alternative forms of homeownership, and they’re less expensive to maintain,” Goldberg says. “But they also typically do not realize the same appreciation that a house, townhouse, or condo will see.”

Bradley Honigman, 34, an attorney, moved with his family to a co-op in Great Neck Plaza in late summer 2018. Honigman and wife, Angeline, 33, an artist, had shared a 650-square-foot apartment in Manhattan but quickly grew out of it when they added their son to the mix.

Now the Honigmans enjoy 1,200 square feet of living space, and the Long Island Rail Road station within walking distance keeps Honigman’s Manhattan commute bearable. However, Honigman says he and his wife weren’t incredibly familiar with the distinction between a co-op and condos on Long Island.

“The price tag was probably the most important thing to us,” Honigman says. “It was hard to find a house or even a condo in our price range.” Working with Fabienne Sameyah of Daniel Gale Sotheby’s International Realty, they looked at several units and settled on a three-bedroom unit for $478,000.

Buyers may wonder whether they should purchase a unit of any kind in an unfinished development. One advantage of doing so is the ability to choose floor plans and custom features. Early buyers can also snap up units with the best views and locations or grab adjoining units and combine them into a larger place.

Also, early buyers can lock in residences at a lower price and may see increased equity on their investment sooner, says Joe Graziose, executive vice president of residential development and construction at RXR Realty. But it’s important to consider whether the risks outweigh the potential drawbacks.

New construction is not an option for those who need a place to live right away. At Glen Cove’s The Beacon at Garvies Point, for example, about half of its 167 units are not scheduled to be completed until the end of this year.

Check to see what kinds of modifications you can make to units and how you can decorate. Often, homeowners’ associations for condos and townhouses restrict such changes as exterior paint color and may even regulate potted plants and Christmas lights.

At the Garvies Point development on Glen Cove’s waterfront, residents will have their own beach. People at the Ritz-Carlton Residences in North Hills get dog walkers. More common amenities at Long Island developments include pools, gyms, and party rooms.

Buyers must consider what’s important to them. Neera Tewari, an anesthesiologist at Stony Brook University Hospital, says she is looking forward to her second home at The Beacon at Garvies Point, where units start at $700,000.

The 167-unit Beacon is one of the first phases of the Garvies Point development. RXR Realty plans to build a total of 1,100 condominiums and apartments. Tewari, her husband, Vineet Gambhir, an anesthesiologist, and their two daughters have lived in their single-family Dix Hills home for more than 15 years.

They were looking for waterfront property when they landed on a two-bedroom home at The Beacon. For Tewari, the combination of recreation, shopping, and living space is the main draw. “It’s going to have everything in one spot for me, for my kids,” she says. “You know, with busy lifestyles, we have to squeeze in whatever we can when we have the time.”